In addition to fine, challenging golf, the undulating parkland course at Oxford Golf Club offers superlative views of historic Oxford and the beautiful surrounding countryside. It is difficult to believe that the club is only two miles from the very centre 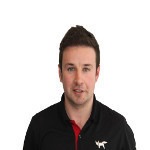 Joe Pepperell - Head PGA Professional
I’ve been at Oxford Golf Club since 2007 undertaking my PGA Foundation degree under the tutelage of highly experienced and well respected Head Professional Tony Rees. My golfing journey began at the age of 6 where I started playing with my brother Eddie at Drayton Park Golf Club in Abingdon. I joined Frilford Heath Golf Club at age 12 where I quickly progressed through the junior team becoming Junior Captain in consecutive years 2006 and 2007. I represented the BB&O County team at under 18 level in 2007. In March 2015 I succeeded Tony Rees as Head Professional at Oxford Golf Club after his 56 years of service at the club. During my time as a PGA Professional I have developed a teaching style and philosophy that makes learning golf fun for all abilities from complete beginners to experienced county players. Weekly Junior Coaching is also popular as well as grouped coffee mornings. In addition to my coaching I offer a quality custom fit service to members and visitors.
Book a Lesson Book a Club Fitting

Robert Harrhy - Assistant Professional
I started playing golf at the age of 8 and became a member at Frilford Heath Golf Club at the age of 10. Golf quickly became my first sport and I represented Frilford at a junior level from the age of 12 onwards. I was Joe's assistant captain in 2007 and became Junior Captain in 2008. At the same time I was representing Frilford in the men's team and also the BB&O at U16's and U18's, captaining the U18's towards the end of my time with them before I went to Bournemouth University, graduating with a 2:1 in BSc Sports Management (Golf). Whilst at university I represented them in all of their teams, and in my final year won the university trials, cementing my place in the first team who for a number of years were the best team in the country. Finally, after leaving university I turned professional and have since been competing on the Euro Pro and Jamega Tours, with the ambition to elevate my game to the European Tour.
Book a Club Fitting